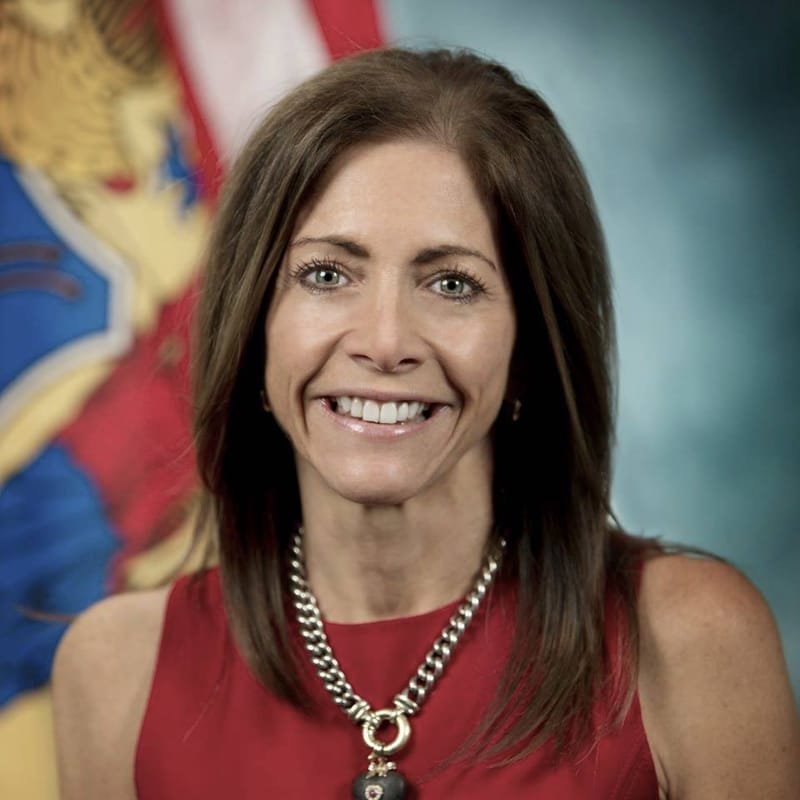 Tammy Snyder Murphy’s upbringing, career, and worldview have been consistently shaped and defined by family, education, service, and leadership. Whether running for student office during college, thriving in a competitive and male-dominated industry, starting and working with nonprofits, or joining the Women’s March in Trenton, Tammy has always believed in problem-solving through coalition-building and participation.

Tammy and Governor Philip D. Murphy have been married for 25 years and together have four children: Josh, Emma, Charlie, and Sam.

A transformative experience for the Murphy family was proudly representing the United States in the Federal Republic of Germany. Tammy, individually and together with her husband, spoke and led on behalf of the United States of America. She chaired meetings, gave speeches, and hosted meals and receptions, strengthening our nation’s relationship with a critical ally while impacting the lives of thousands of Germans and Americans.

Upon returning to New Jersey, Tammy and Phil realized that the incredible state they called home was in need of bold new leadership. Together, they founded a think tank to explore ways to help grow the middle class and jumpstart New Jersey’s economy. Most recently, Tammy has been energized and inspired traveling the state and meeting New Jerseyans to hear their concerns, both with Phil and as his surrogate, utilizing her experience in the private and nonprofit sectors to work through policy ideas and solutions, and supporting and advising the Governor on his transition.

A graduate of the University of Virginia (B.A., English and Communications, 1987), Tammy currently sits on the University’s Board of Visitors. She also serves as Secretary and charter member of The Climate Reality Action Fund, an organization founded by former Vice-President Al Gore. Over the years, Tammy has worked with non-profits, a think-tank, and other organizations focused on the environment, education, health care, youth and family services, as well as the arts and trans-Atlantic relations. Tammy previously worked in finance in the U.S. and Europe and has traveled extensively throughout the world living overseas in each of London, Frankfurt, Hong Kong, and Berlin. She speaks German and some Italian.

As First Lady, Tammy will continue being a partner to Phil as he works with Lieutenant Governor Sheila Oliver to tackle the formidable challenges facing the state and its incredible residents.