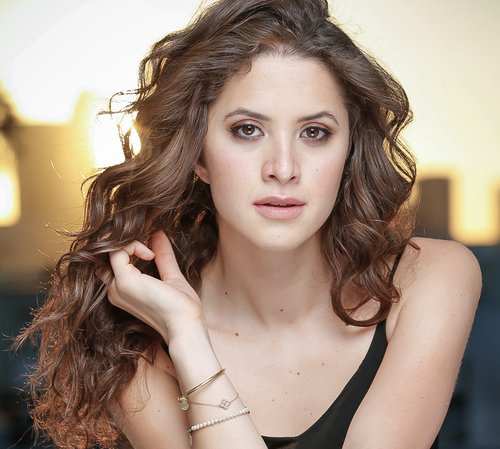 Ivana De Maria (born Ivana Maria Moreno-Valle Diez-Barroso) was born in San Diego, California, raised in Mexico City and educated in Switzerland. After spending three years at Institut Le Rosey in Switzerland she moved to Boston, MA where she completed a Bachelors Degree in Business Administration with concentrations in Finance and Law at Boston University.

Since becoming a Los Angeles resident in August 2014, she has attended multiple acting schools and programs. As a true believer of creating your own content, she launched her own production company, VANOOSH PRODUCTIONS, under which she wrote, produced and starred in films such as Switch Hitter (2015), Soliloquy (2016) and The Guest (2017) all of which have been official selection in international film festivals and have won multiple awards.

As a fan of the arts and always eager to learn about different cultures, Ivana is now fluent in Spanish, English, French, Italian, and is on her way to learn Russian.

Ivana has specialized in Storytelling as a whole, writing producing, and acting for Film and Television. She has starred in a number of films as well as TV shows such as La Piloto, La Bella y Las Bestias, The Best People and Women Is Losers. Ivana is currently focusing on creating content based on true stories about inspiring women and is currently a producer on the Netflix television series MONARCA as well as an Executive Producer on HBO’s limited Series, La Fallaci, based on the life of renowned journalist Oriana Fallaci.

A big believer in social responsibility, Ivana is a member of multiple organizations including Visionary Women leadership circle and Justice for Migrant Women. She also serves as the Vice President of the San Fernando Valley Children’s Refugee Center, which receives unaccompanied minors who flee their homes in South America and seek political asylum.

As a global spokesperson for equality and inclusion, Ivana co-founded DALIA EMPOWER, an inclusive training and development center that helps women reach leadership positions and achieve their goals, by offering an educational and social platform where they can learn to discover their own power, achieve personal and professional goals, and have a positive impact.

Ivana’s entrepreneurial spirit and passion for true stories led her to create an ego-less social media platform, StoryPlace. The app, which launched December 2018, promotes empathy by encouraging people to engage on a deeper level, removing ego and sharing the true stories that make us human.

Ivana is on constant quest for new knowledge and strives to be impossible to define.